On April 5-6th Cortona Academy students and staff attended the Washington Convention Center’s USA Science and Engineering Festival. Cortona attends both the national festival and the regional events every year because we know what an amazing opportunity this is for our STEM-focused students to see some of the most exciting inventions of the STEM world. The festival started out with Thursday’s X-STEM Symposium, which is a day full of speakers and workshops aimed at empowering and inspiring kids about careers in science, technology, engineering, and mathematics. The speakers were phenomenal, with the highlight being a session with two, woman “techies.” The first was with Limor “Ladyada” Fried and entitled “Making It With DIY Tech.” Fried was, according to Wired magazine, “the first female engineer ever to grace the magazine’s cover,” (https://www.wired.com/2011/03/wired-magazines-cover-features-its-first-lady-engineer/). She spoke about using 3-D printers and at-home tech kits to DIY all sorts of things, from cell phone boosters to heart monitors. Her joint speaker was former White House Senior Policy Adviser, Dr. Knatokie Ford, and the session was entitled “The Importance of Changing the Image of STEM.” Dr. Ford spoke to the students about not thinking they have to fit into a mold of what a scientist or techie looks like, but rather forging their own paths into the field. Our students were enthralled and felt that these two speeches really made a huge impact.

Also this year the students were given a chance to participate in interactive workshops. The first session they attended was a Microbiology Workshop hosted by the American Society for Microbiology. During this activity the students were tasked with exploring a model infectious disease transmission within a population and then use their data to trace the origin of the disease, just as epidemiologists do during real outbreaks. The students spent the second half of the workshop using the data they had collected to try to identify “Patient Zero,” which proved to be both frustrating and rewarding. They learned how real-life microbiologists use this sort of data collection and research to trace diseases, such as Ebola, and then to try and devise a treatment plan.

The second, and most exciting, workshop was hosted by Hollywood stunt man, Steve Wolf, and was about using the technology of Hollywood stunts and special effects. While talking to the students, he explained the key principles of science and demonstrated these with examples, like understanding trajectory through how motorcycle stunts are conducted, and learning about physics via how pulleys are used to hoist Spider-Man. One of our students actually was chosen to participate in the workshop, “Movie Scene.” She did an excellent job playing the Damsel in Distress.

Cortona Academy focuses on STEM and cancels school each year for the student body and teachers to attend these events. As always, the USA Science and Engineering festival was informative and exciting. Students learn, have fun, and start thinking about their futures. 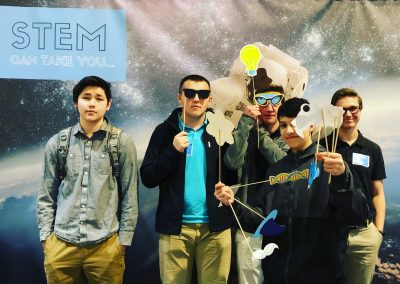 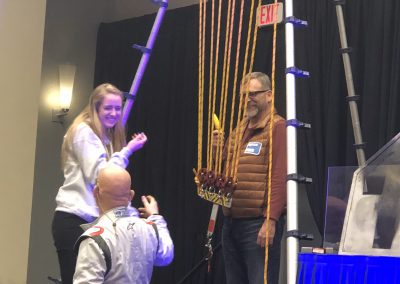 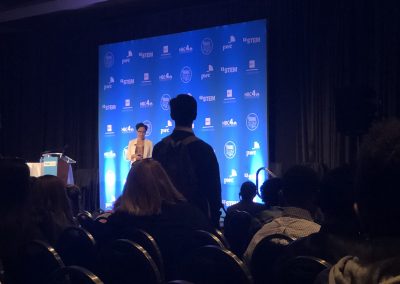