Check out Cortona Academy’s past activities and events, 21 – 22 school year!

Cortona Academy has a Party a Week 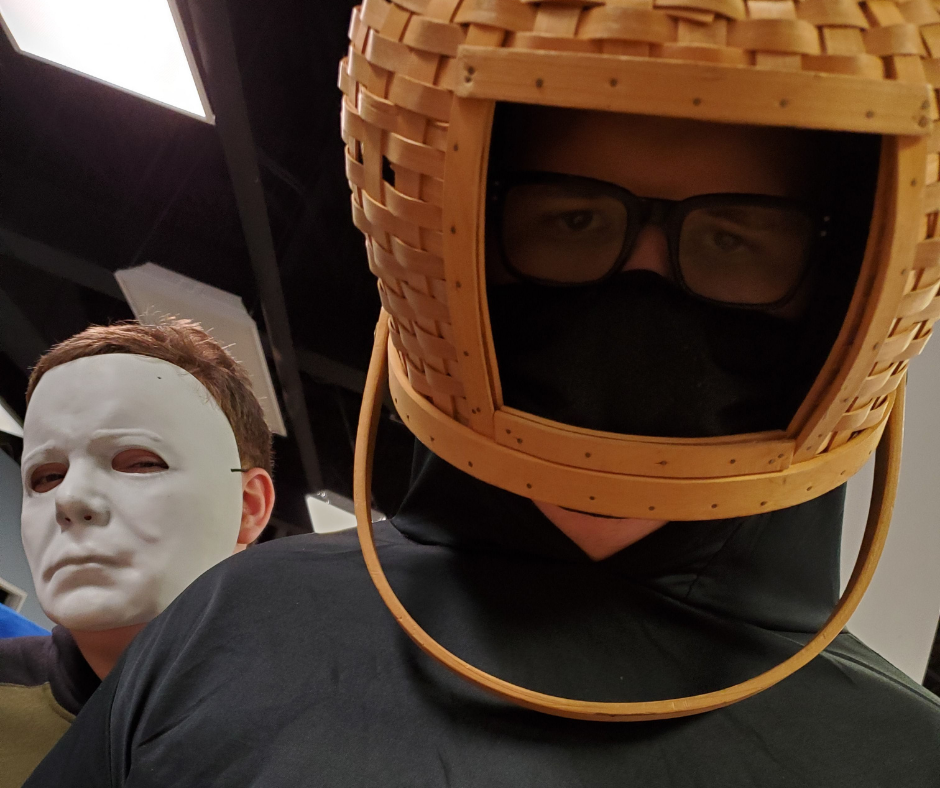 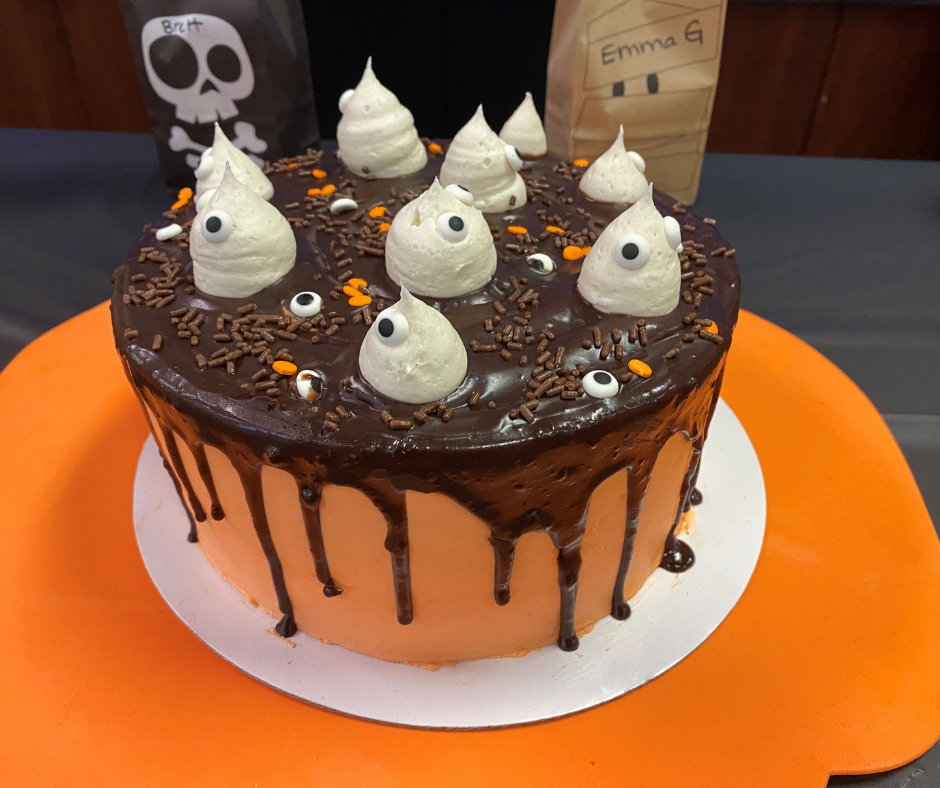 At Cortona Academy, our students have school spirit, which is why this week we had Spirit Week: Monday (PJ day), Tuesday (jersey day), Wednesday (twin day), and Thursday (Halloween costume).

Our party this week:  Halloween + Ghost Cake!  (From The Rad Bakery) While the students were eating, they watched Nightmare Before Christmas in proper Halloween fashion!

This week, our tennis students played in Cortona Academy’s first every tennis tournament! Our tennis team did wonderful, go team! 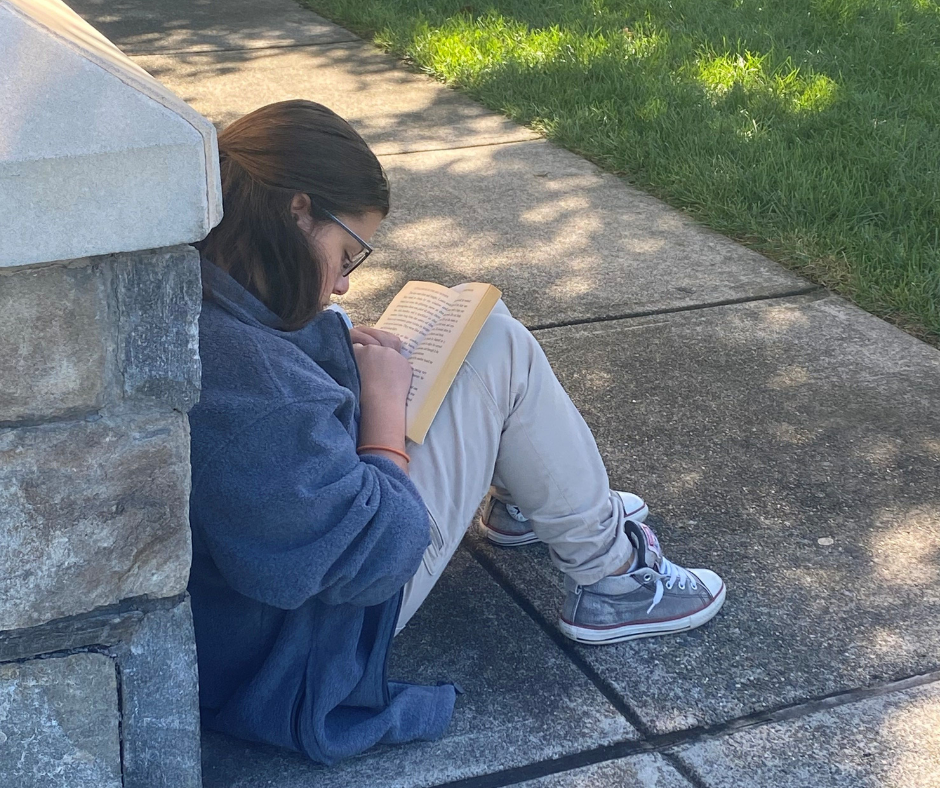 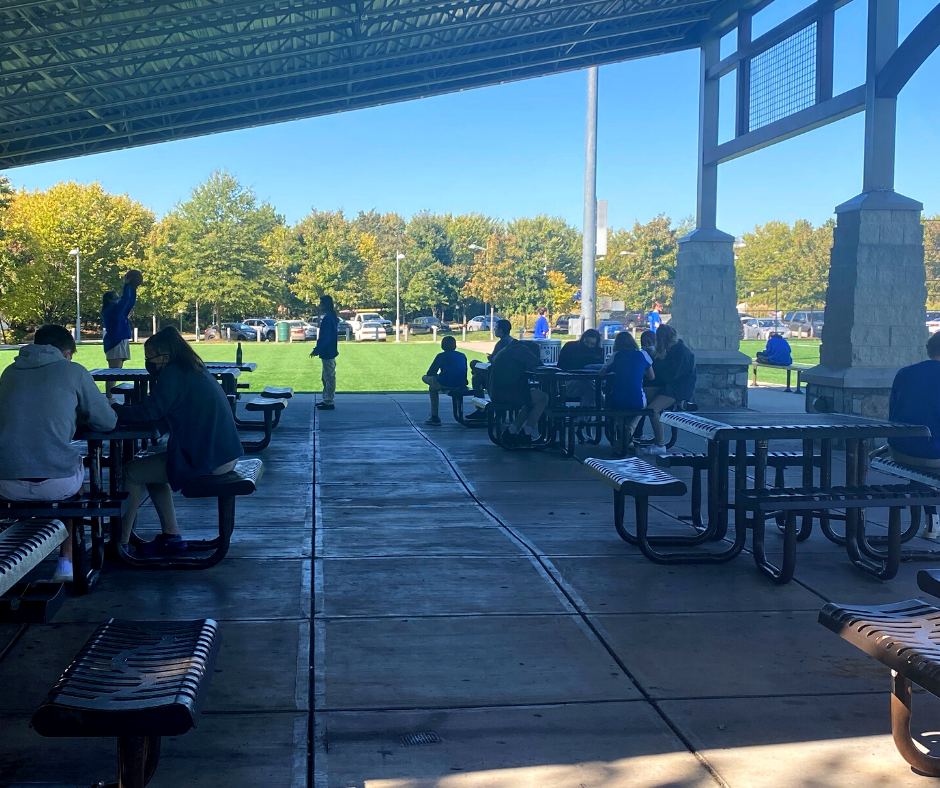 At Cortona Academy, education expands beyond the classroom. Our students are able to succeed because we understand that relaxation and their ability to learn are inherently intertwined! 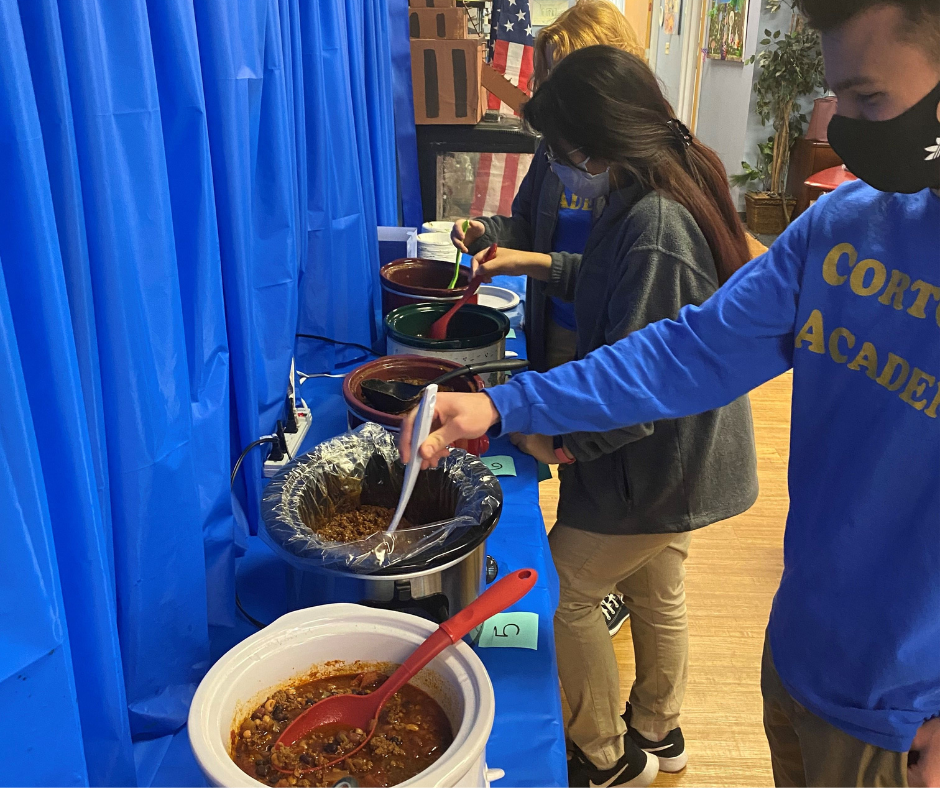 This week, October 20, Cortona Academy hosted a chili cook-off contest! Students brought in their favorite chili recipe for their classmates to try! 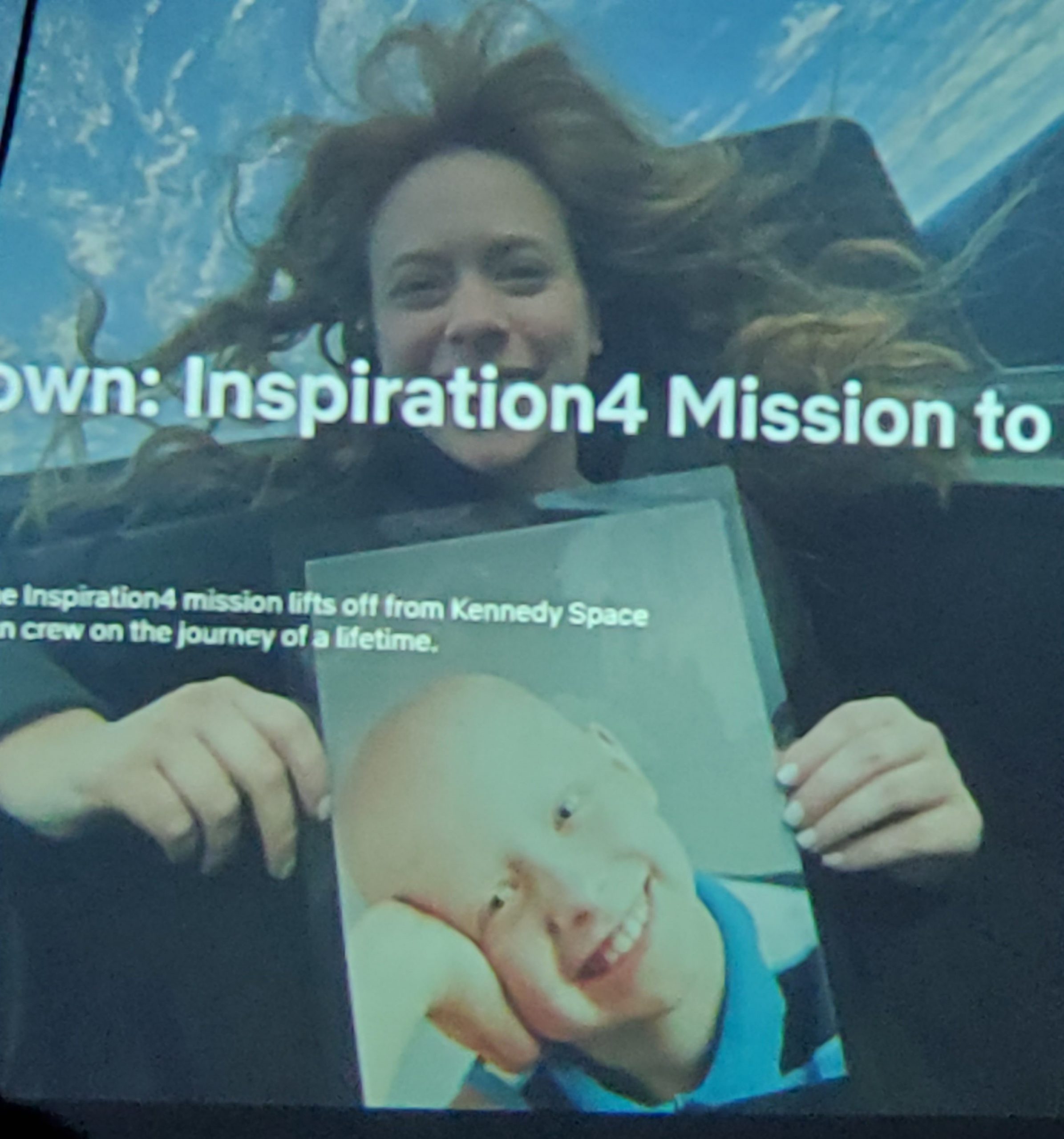 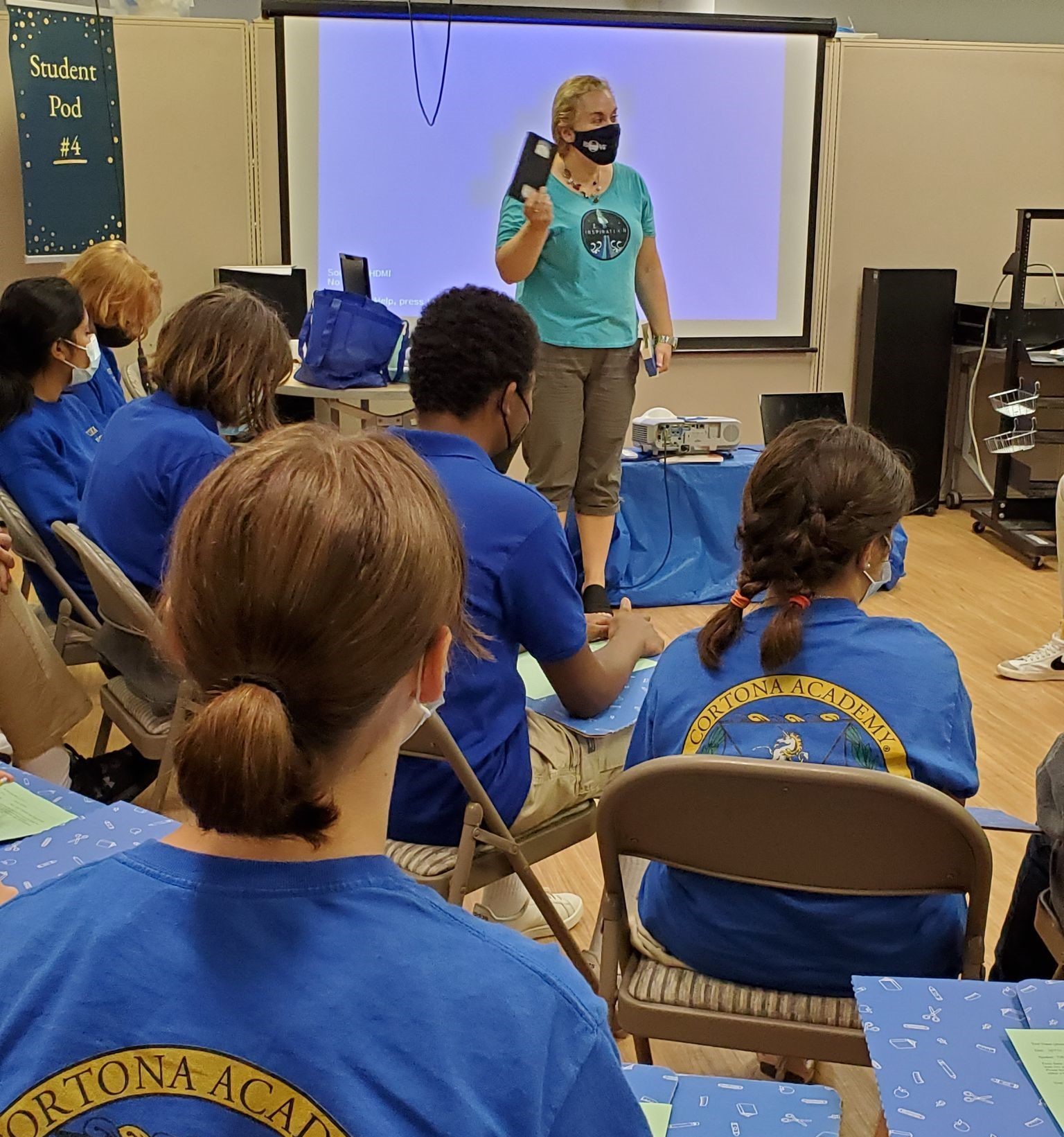 On October 7, Cortona Academy students gathered in the Great Room to learn about space from a guest lecturer, Tiffany Rad. She screened her personal  video of the launch of Inspiration4 from Cape Canaveral while helping students understand the effects of microgravity and the massive expansion burgeoning  of possible careers in the field of commercialization of space. Students also watched excerpts from the Netflix documentary, “Countdown.” 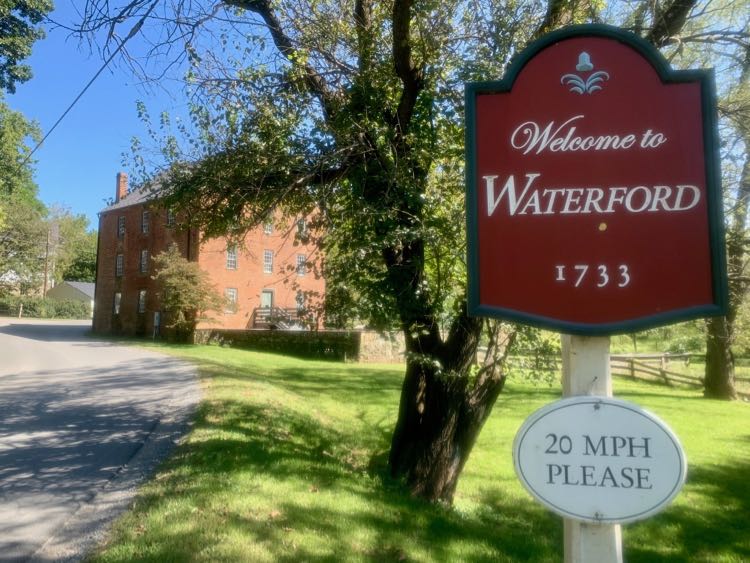 Cortona Academy students and their families visited Waterford, Va. along with faculty. Students got the opportunity to learn about the historical significance of Waterford.

Cortona Academy will continue to have similar continuous events throughout the school year. Cortona Academy has rolling admissions! It’s not too late to enroll; we have 10 spots still available for grades 7 – 12! 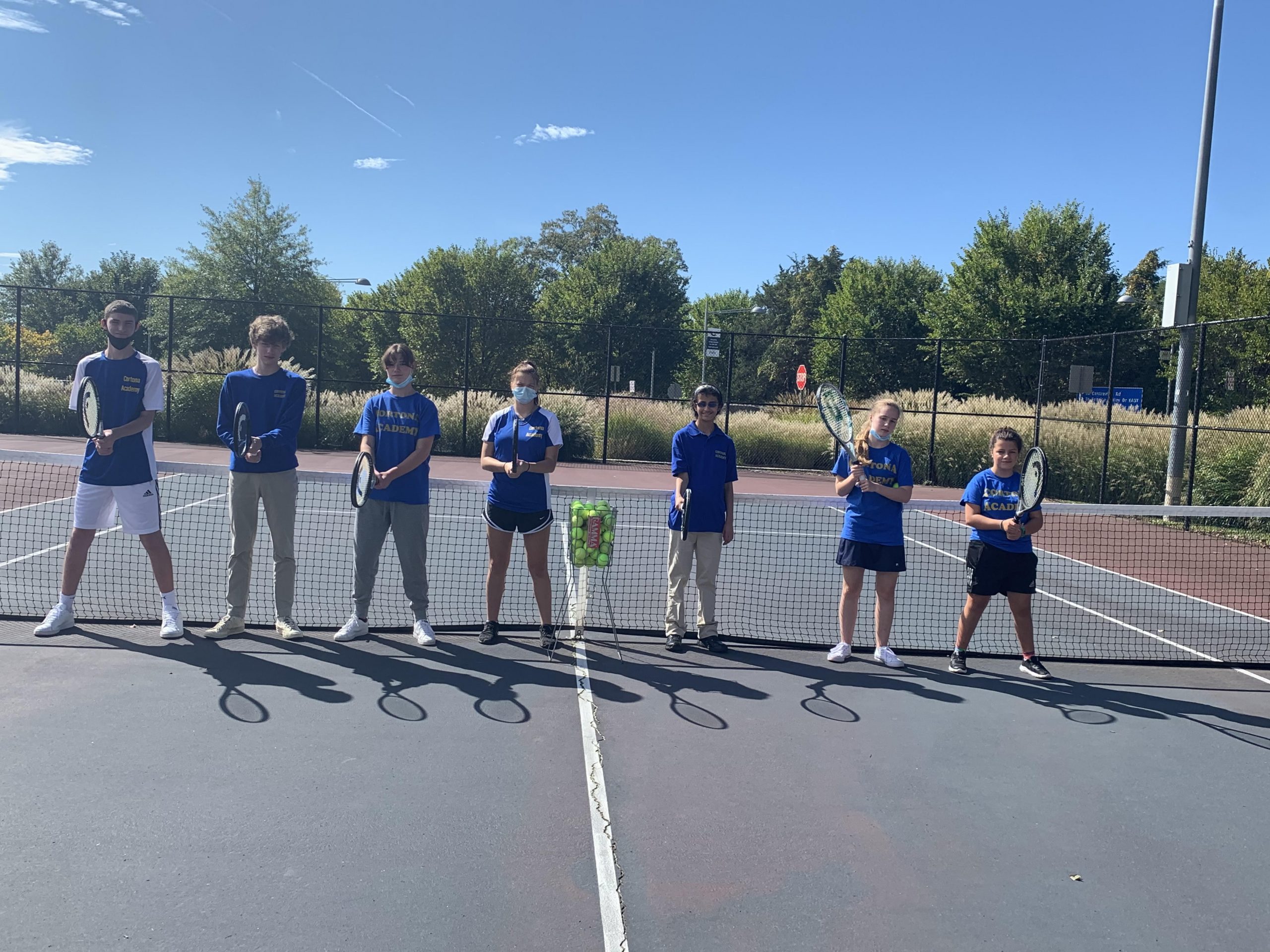 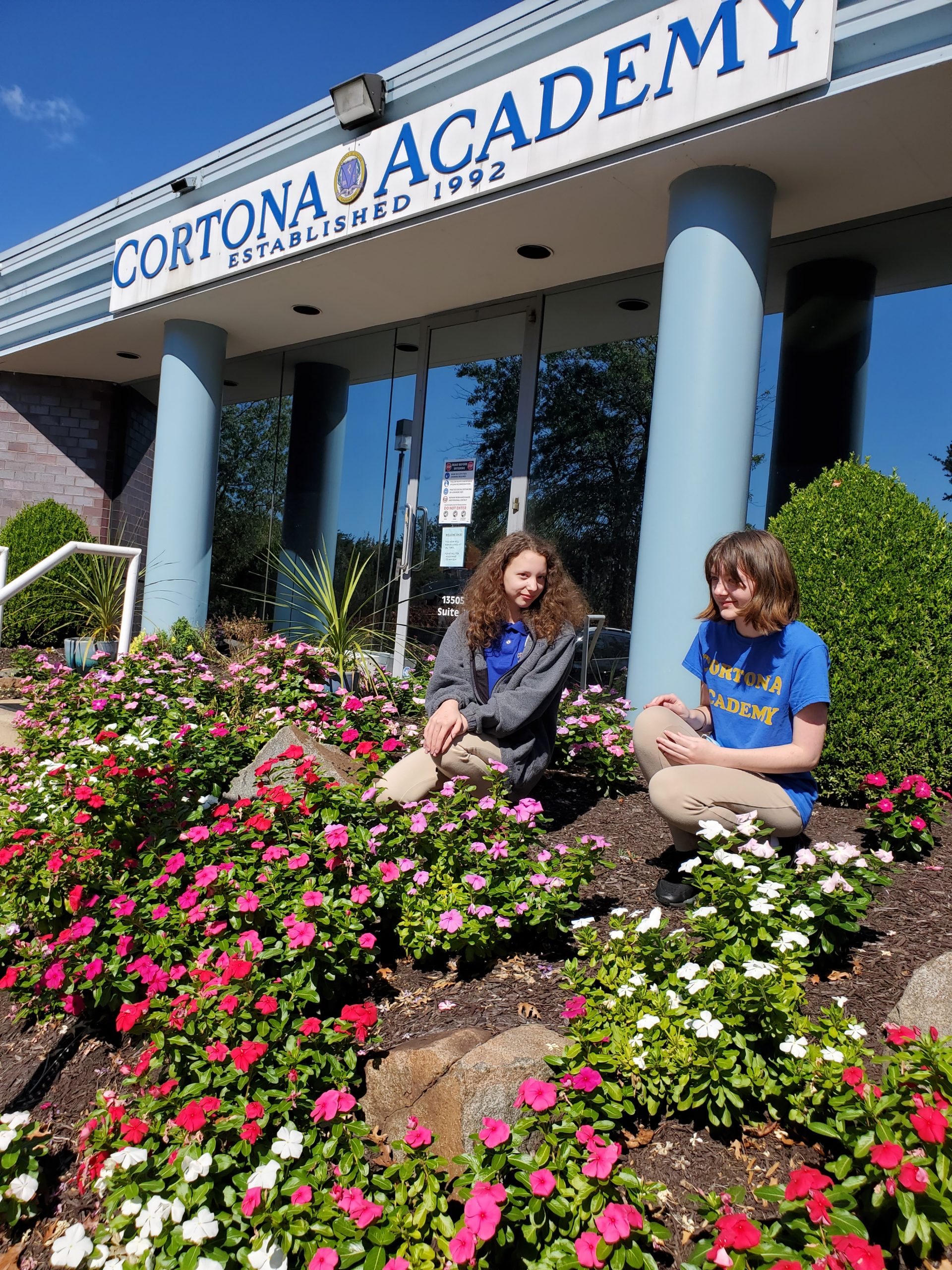 Fall is almost here! At Cortona Academy, we are excited to welcome the crackling of dusty autumn leaves beneath our student’s feet.

We understand the educational importance of vitamin D or “the sunshine” vitamin, so we strive to incorporate outdoor activities into our student’s lives! 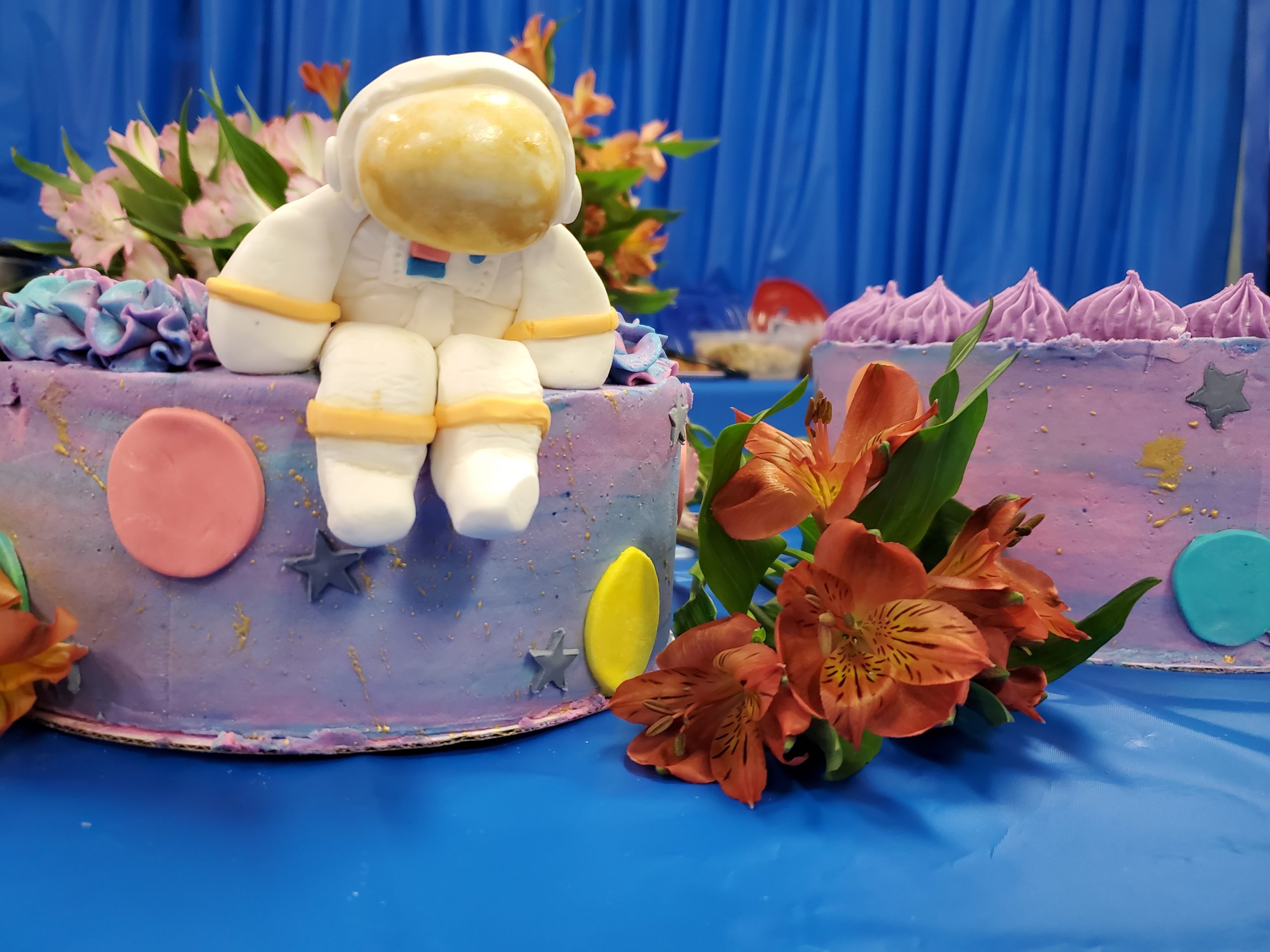 Education should be a fun and stress-free experience, which is why Cortona Academy has a party a week!

This week was a potluck, in keeping with our theme of the year, “Rediscovering Joy.” Our students brought delicious main or side dishes, mimicking the blissful comforts of a homemade meal.

And like any family enjoying a homemade meal, our students and staff ate together because here, at Cortona Academy, we are family.

The potluck also featured the landing of Mr. Astronaut atop the colorful, custom-designed cake by Rad Baskery showing, with icing, the universe.

This week’s party was an extravagant success.  Next week, tune in for our first Cortona guest speaker bringing her private films of the launch of Inspiration4 and inspiring future REAL astronauts.

Fasten your seatbelts!  Another awesome month is ascending! 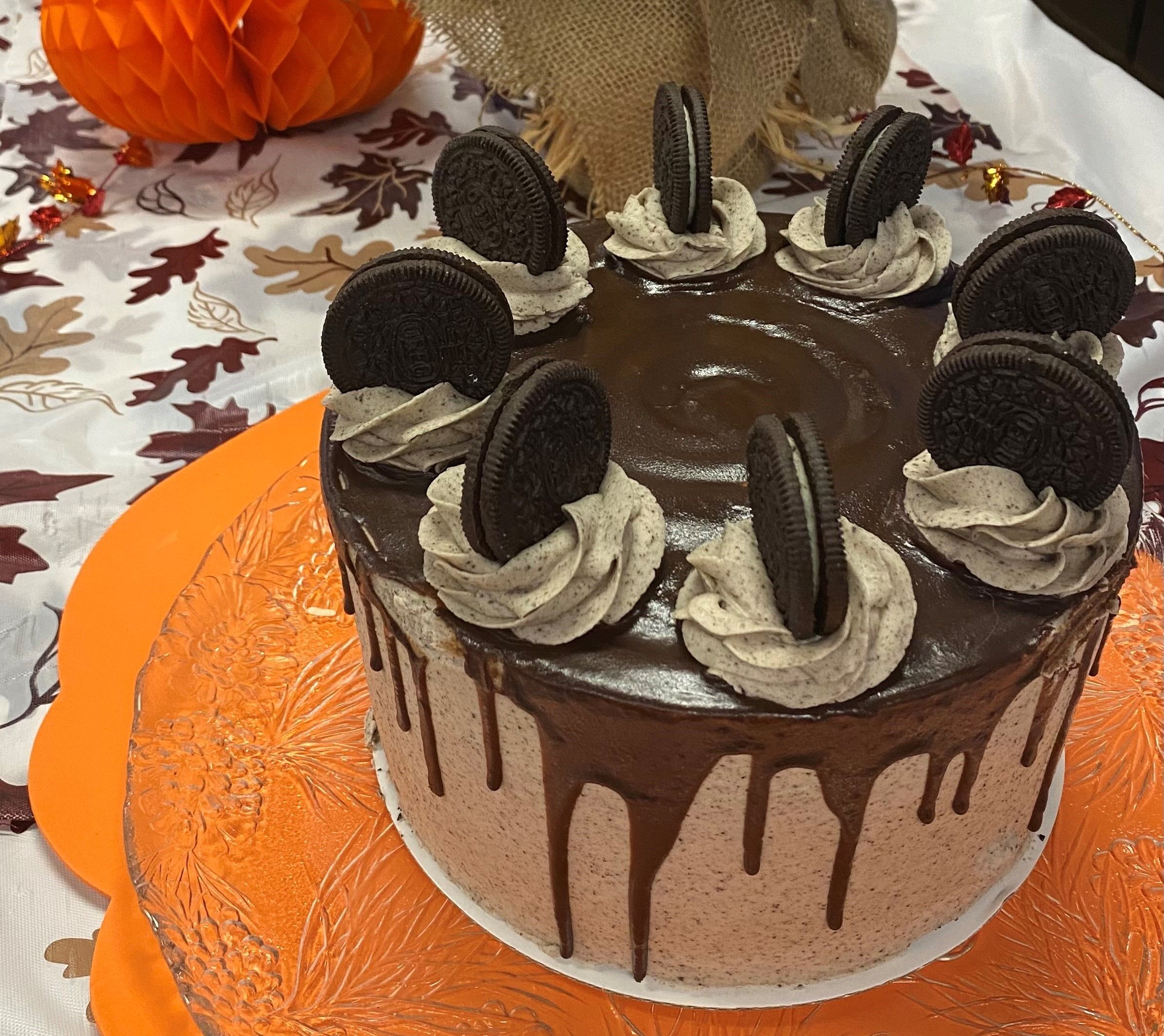 A Party Every Week at Cortona Academy:

Having fun can never be underrated, not in today’s world! It’s not too late to join our Cortona Family!

On September 8th Cortona Academy celebrated the first of their weekly  parties, potlucks, and cook-offs scheduled for the 21-22 school year.

In the Academy’s Great Room, Founder, Sharon Peruzzi Strauchs, began by welcoming new students to the entire Cortona student body.  “We are the family behind every student’s family.  After this past year, what  family doesn’t celebrate absolutely everything positive that may be happening?”

The eagerness Cortona students experience at both onsite and offsite parties defines Cortona Academy. Cortona’s philosophy is that learning should be a positive and welcoming experience that fosters a longing for knowledge.

Weekly parties also celebrate every student’s achievement and effort. For the past 30 years of Cortona’s history of serving students in grades 7 -12, it is  Cortona’s relaxed, happy, encouraging environment that directly correlates with each child’s educational results.

Not only do such celebrations encourage students to feel that they are a necessary part of Cortona Academy, but most importantly, they also help solidify friendships, ensuring that each child will form relationships to support them well beyond graduation. 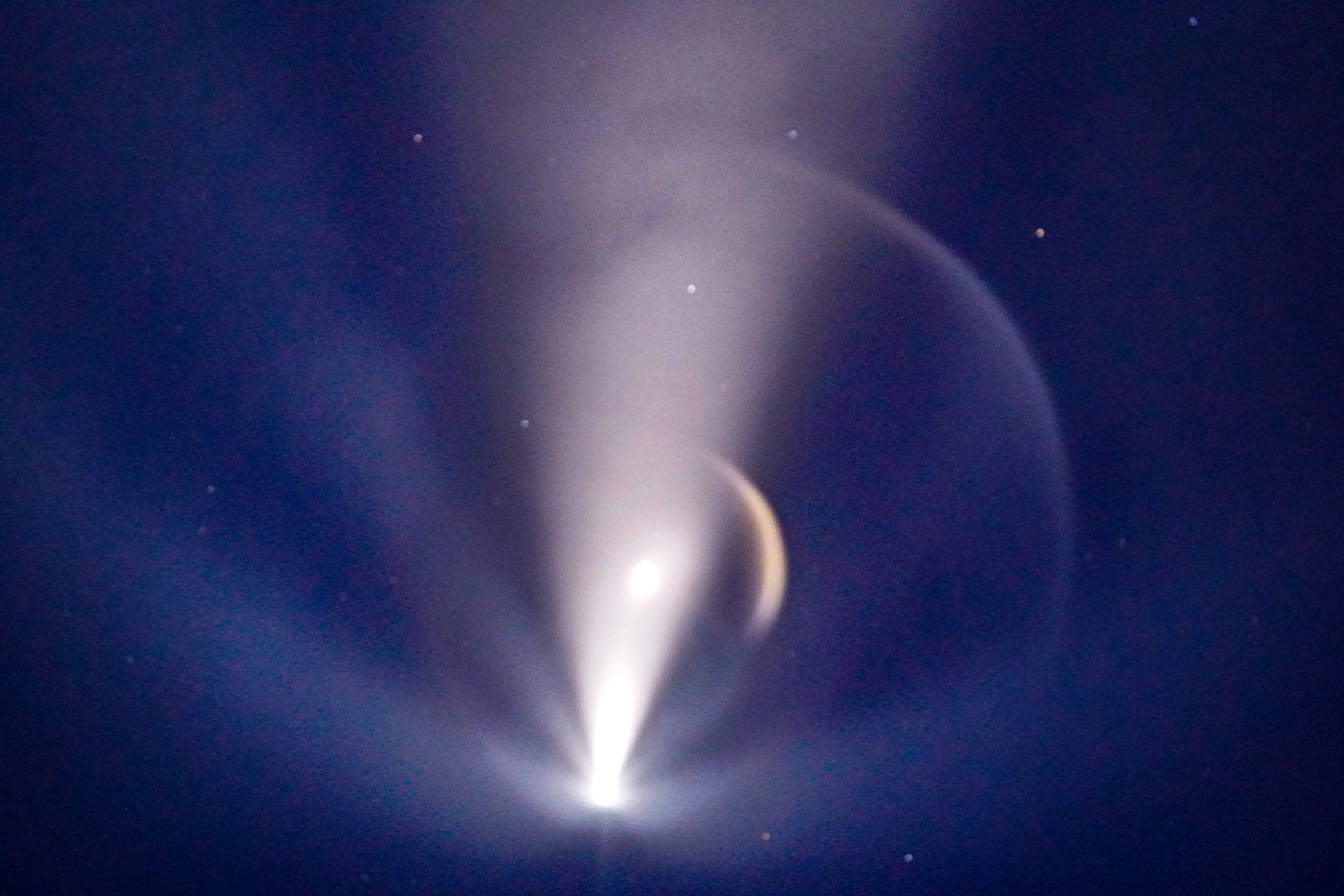 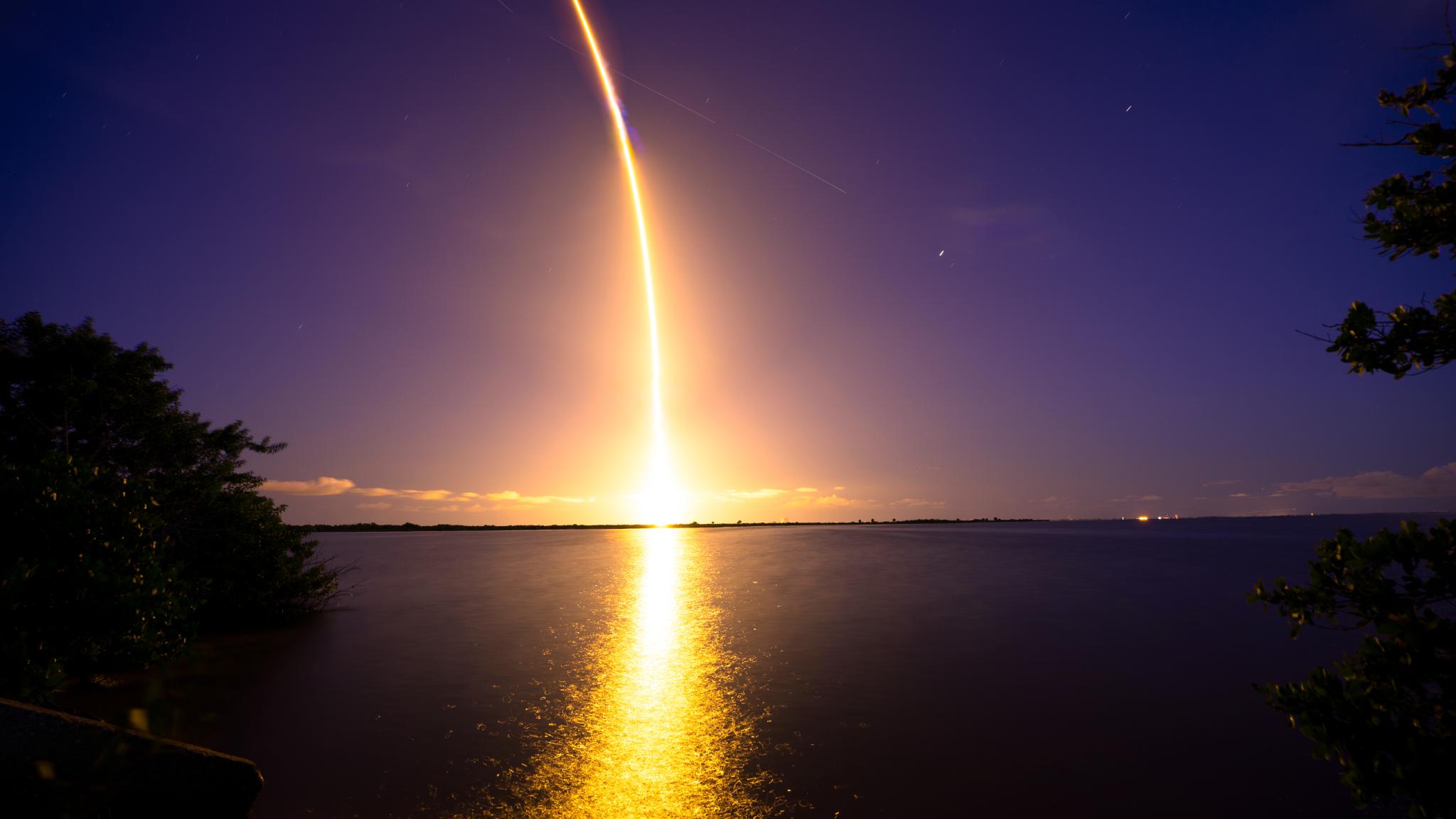 Wednesday, September 15, the Inspiration4 was launched into space, a momentous event likened to the first moon landing.

The commercialization of space travel will be the pinnacle of your child’s life moving forward. At Cortona Academy, we profoundly believe that space is the next frontier, which is why our students watched the launch.

The Inspiration4 returned to earth after culminating a total of three days in space. The crew included Hayley Arceneaux, a pediatric cancer survivor. She is markedly the youngest person to travel to space and the first person in space with a prosthetic.

The launch of Inspiration4 aligns with Cortona Academy’s 30th anniversary year, “Rediscovering Joy,” dedicated to Judy Resnik, who died on the Challenger.

Check out some of the pictures captured from the launch!