BY: ARABA, CORTONA ACADEMY GRADUATE OF 2017

My parents are from Accra, Ghana, West Africa. My parents came to the United States for me to have better opportunities in life. They felt the educational opportunities in the United States would be best for me. I attended a Lutheran private school when I was in kindergarten in the United States. School was difficult for me; due to my learning disability. Unfortunately, the school didn’t have programs to accommodate my needs, as a result, I was enrolled in a public school. Ever since I was a child, I have always had an ongoing battle with my learning disability. I just didn’t know where to start, considering the fact that every school my father searched for did not have accommodations for students with learning disabilities which devastated me – I only found solace in playing the violin in the school orchestra. I struggled with retaining or comprehending certain math concepts as well as , note-taking, writing papers, and structured spelling. At school, my classmates would bully and tease me for having learning challenges, I lost the desire to put any effort into my assignments and I wouldn’t even bother to participate in my classes.

This went on until my junior year in high school. At Cortona Academy, I learned that having a learning disability does not determine a student’s academic success or self-worth. Overcoming this learning disability is a major accomplishment for me. It was not easy, but it made me more determined to go off to college and obtain a Bachelor’s Degree in Science. With this, I can follow my dream … to become a nurse. 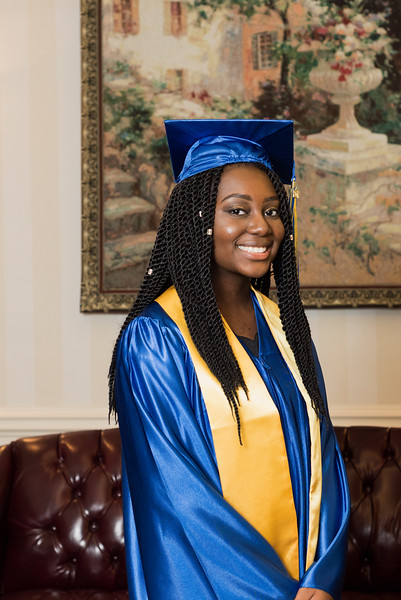 WHAT CORTONA ACADEMY DID FOR ME

At Cortona Academy, the environment is completely different. Students are able to take tests and evaluations when they decide they’re fully prepared. This gives students an incentive to seriously study the material and be prepared to answer any question on the examinations accordingly. This method gives students a reason to memorize complex concepts and at least have them prepared for future uses, not only for the exam. Cortona Academy places a large amount of responsibility for one’s education on the student. The instructors are more or less mentors to guide us through our respective quests. I experienced a number of epiphanies after attending Cortona Academy. One involved the concept of what my future holds. The school I attended before I went to Cortona Academy hardly prepared its students for levels of higher education. The school didn’t teach the students how to study so they’re capable of retaining the material, and didn’t teach any form of critical thinking skills. The pedagogy in my former school did what many pundits call ‘teaching to the test’, which is very myopic and unsophisticated. This means they only taught the concepts that would be requested once examination was complete, mostly because the students had moved on to learning new material for another examination.

Just as Cortona Academy does not “teach to the test,” so to speak, it also does not collectivize all the students into a setting where only a few students understand the method of teaching from a specific instructor. It is not a place where individual student complaints, questions, and needs receive little attention; it is the antithesis of such procedures. With Cortona Academy’s comprehensive and individual instruction, each student has enough time to request for a lesson to be extended if s/he needs more time to understand the topic. There is more time for students to ask questions, and to have direct and instant assistance to troubleshoot any learning issues.

The entire idea behind public schools is to follow the direction of bureaucrats in order to focus the achievement collectively on the class. The idea behind Cortona Academy is to focus on the success of the individual student. The teaching staff assists every student in a manner that caters to each student’s comfort zone. More private schools should operate like Cortona Academy.

Cortona Academy is about individually assisting the autonomous student, and not about the welfare of the arbitrary class. Scheduling is one of the ways that Cortona Academy is able to keep their attention on individual students. Other than general instruction classes that give the basic framework of the courses needed, the scheduling is based around the student’s main activities of life. For example, if a student has a job, the Academy will liberalize the time the student needs for the job and his/her courses. As aforementioned, students may take exams when they feel prepared for them, instead of on some arbitrary date that bureaucrats or teachers set.

With much predilection, I can firmly state that one of the main attractions of Cortona is its policy of allowing each student to expropriate at least one day from attending school. This free day is specifically reserved for an activity students would like to be a part of that is walled off from what the school requires.

I would encourage anyone reading this to consider Cortona Academy, and learn about its program in depth to see if it’s favorable to you and your child. I know my life would not be the same without my time spent at this unique school.

2016: What Cortona Has Given Me Over the Years

When I took classes at Lake Braddock from 2007-2010, I was just another face in the crowd. Classes were packed with students beyond capacity where some kids could not even benefit from a desk. For four years I went into classes feeling like teachers were not really focused on me, that I was not receiving the proper productive attention that a child my age needed. Also, in addition to feeling isolated at school, my family was going through a difficult era at the same time. The cumulative result of both these foundations of my upbringing being unstable drove me to find some semblance of stability with whoever could offer it the fastest, meaning that the quality of the new support network was very low. Therefore, my grades, and my life, quickly took a nosedive for the worse. Luckily, my parents still cared enough about my future that they found a solution to my travails, sending me to Cortona Academy.

That being said, Cortona Academy was a different experience to me. I was used to a large school environment with over 4,000 students; coming to a school where there were only thirty or so peers was quite a change for me. However I was not aware of the skills which I could apply to college and general life that I would learn from my tenure at Cortona Academy. I learned how to be a fast, but productive, reader of difficult texts and textbooks. I learned how to take effective, memory-enforcing notes that helped me retain much of what I read. But even greater than the study-skills that I garnered from Cortona Academy, were the life lessons that I learned. I realized how important it is to do as much as I can while I had the privilege of youth; that all that I did as early as I could would greatly affect my life’s progression, either positively or negatively. Before Cortona Academy, the now was all that mattered to me. Adulthood and responsibility were a long way off. But Cortona Academy helped me to see that time truly does fly and that I must be aware of that or it would simply pass me by. Cortona Academy truly did speed up my maturing process and helped make me the better, more social, and contributing member of society that I am today. 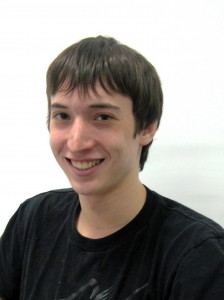